ABU DHABI – Conor McGregor fights mean big money, not only for the Irish star himself but for his opponent, too.

For McGregor’s opponents, the excitement of being paired up with the biggest draw in the history of mixed martial arts fizzles out once it comes time to conquer the task at hand, however, according to former UFC light heavyweight and heavyweight champion Daniel Cormier.

“The guys that Conor (is) fighting, no one thinks, ‘I got the Conor fight and I’m good,’” Cormier said at a UFC 257 pre-fight news conference Thursday. “Those guys are way too good. Because ultimately, he’s fighting the best of the best.”

McGregor (22-4 MMA, 10-2 UFC) most recently fought at UFC 246 in January 2020 when he defeated former UFC lightweight title challenger Donald Cerrone by TKO in 40 seconds. Much was made afterward as to how motivated Cerrone was for the fight – especially when he got inside the cage.

“The reality is, Donald Cerrone of the old would never have lost to Conor McGregor in (40) seconds,” Cormier said. “There was a time when Donald Cerrone said he was too small to fight at lightweight. He beat him up at welterweight. Even for a longtime veteran like ‘Cowboy’, the appeal of Conor McGregor got to him.”

Cormier thinks not all McGregor opponents can be judged based on Cerrone’s performance. Going forward, the matchups that await McGregor at the top of the division consist of opponents who know what’s at stake, Cormier explained.

“You’ve got to be talking about ‘Cowboy’ because I don’t think the guys that he’s going to fight going forward will ever feel like, ‘Oh, the victory is already had. I’m in here with Conor McGregor,’” Cormier said. “Because when you’re in there with Conor, he’s trying to beat you. He ain’t trying to let you win. He’s trying to knock your head off.”

According to Cormier, Dustin Poirier, who faces McGregor in the UFC 257 headliner Saturday, knows what he’s getting himself into. While Poirier (26-6 MMA, 18-5 UFC) may not win, Cormier is confident “The Diamond” will have a proper head on his shoulders.

“Dustin Poirier doesn’t feel happy to be here,” Cormier said. “I saw Al Iaquinta say something like that a while back, ‘Dustin is showing too much respect.’ But that kid, man. That kid is from Lafayette, Louisiana, and he is a dog. He’s going to fight with all of his heart. He might not win all the time, but you watch Dustin fight, he’s a nasty son of a gun, dude. And he wants to fight and he shows up. He’ll fight Conor to the best of his ability. I don’t know if he’ll win. But he will fight him hard. He’ll fight him as hard as he can.” 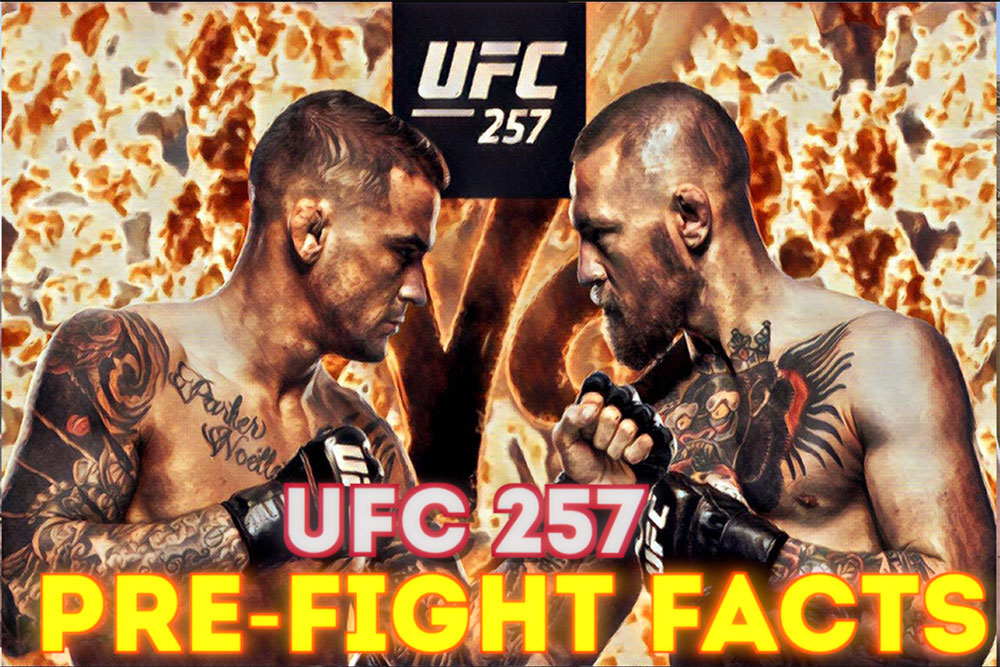