The CW’s Walker is trading the martial-arts kicks that became synonymous with the original Chuck Norris series for family feels.

Premiering this Thursday at 8/7c, the reboot isn’t solely focused on its titular character (or karate chops). Instead, it’s “about the Walker family and the families that aren’t just simply blood,” star Jared Padalecki said during a recent panel for the series. When the show starts out, the recently widowed Cordell Walker is struggling to reconnect with his children after returning from a long undercover assignment. 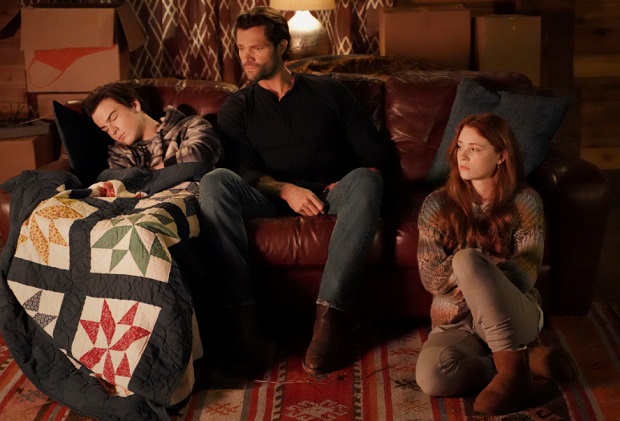 Of course, Padalecki knows something about familial bonds, having just come off a 15-season run on Supernatural, which counted “Family don’t end with blood” among its many trademark slogans. Despite those similarities and more — Cordell also shares a complex relationship with his younger brother Liam (played by Pretty Little Liars‘ Keegan Allen), much like Padalecki’s Supernatural alter ego did with big bro Dean — the two characters could not be further apart, making the transition from Winchester to Walker an easier one for Padalecki.

“This version of Walker is so crystal clear and different than Sam Winchester that I’d have to try really hard to kind of bleed the two together,” Padalecki said. “It was a lot of work, but it was a seamless change from 15 years on Supernatural as Sam Winchester to the next 15 years on Walker as Cordell Walker.”

The new iteration of Walker, Texas Ranger aims to explore the complexities of today’s world when it comes to politics, race and the law. After reading a story about “a law enforcement agent who couldn’t bring themselves, simply put, to put a three-year-old in the cage and take them away from their parents… that empathy and that emotion struck me as something,” Padalecki shared. “[You’re] caught between the inevitable rock and a hard place where you’re bound by duty, but you still have moral code, and you see people as human beings, not as perpetrators or heroes. So we started talking about how interesting it would be to see that story told, where somebody who is a proud government worker for law enforcement still thinks to themselves there might be a better way.”

“[Executive producer] Anna [Fricke] and I talk a lot about the edge of the coin,” Padalecki continued. “They always say there are two sides to a coin — heads or tails — but there’s also a third edge to the coin.”

For The 100 vet Lindsey Morgan, who plays Walker’s new partner (and one of the first women in Texas Rangers’ history) Micki Ramirez, starring as a lawwoman of color in a Black Lives Matter world “became this [unexpected] blessing, because suddenly a show about law enforcement in a very divided state such as Texas means so much more now in our world today than it would have pre-2020,” Morgan shared. “So just from my position and the character I play, a big obstacle and learning challenge that I face daily is, ‘Where do I fit as a Mexican woman in a majority Caucasian law enforcement team in a state that is, for the history of it, been majorly conservative and not caring too much about marginalized communities and immigrants?’ And so I love that my character is placed in these two worlds and these two kind of warring communities, but hoping to be a liaison and hoping that we can tell a story of tolerance and a story from two perspectives.”

In keeping with that thinking, “our Walker is not simply a story of law enforcement,” Padalecki emphasized. “Ours is more a story of human experience,” exploring “the issue of race and the issue of how minorities are treated. Because let’s be honest, it’s not a law enforcement issue. It’s in politics, it’s in industry, it’s in school.  And so we’re trying to deal with these issues that are very real in 2020 and 2021.”