Chrissy Teigen and John Legend jetted off on Tuesday as they made their way to the east coast for Joe Biden‘s inauguration.

The couple, who married in 2013, were spotted boarding a private jet in Los Angeles as they embarked on their journey to Washington D.C.

John, 42, is one of several big names who will be performing during the ceremony on Wednesday as the new president is sworn in.

Jetting off: Chrissy Teigen and John Legend are pictured boarding a private jet in Los Angeles on Tuesday as they make their way to D.C. for Biden’s inauguration where John will be performing

Chrissy, 35, looked stylish in knee-high boots and a beige coat as she carried a Sesame Street blanket with her onto the jet.

John will be performing during Joe Biden and Kamala Harris’ inauguration that will take place on the West front of the US Capitol on Wednesday.

Lady Gaga is set to sing the national anthem for the swearing-in ceremony and there will be appearances from Kerry Washington, Eva Longoria, Garth Brooks, Foo Fighters, Bruce Springsteen.

John, Bruce and The Foo Fighters will be giving remote performances.

Meanwhile, Chrissy has taken up horse riding at her therapist’s suggestion.

The Lip Sync Battle star – who has children Luna, four, and Miles, two, with John – and tragically lost a baby five months into her pregnancy last year – was advised to find a hobby that allowed her to focus on herself and was excited to begin her ‘journey into the horse world’ on Sunday. 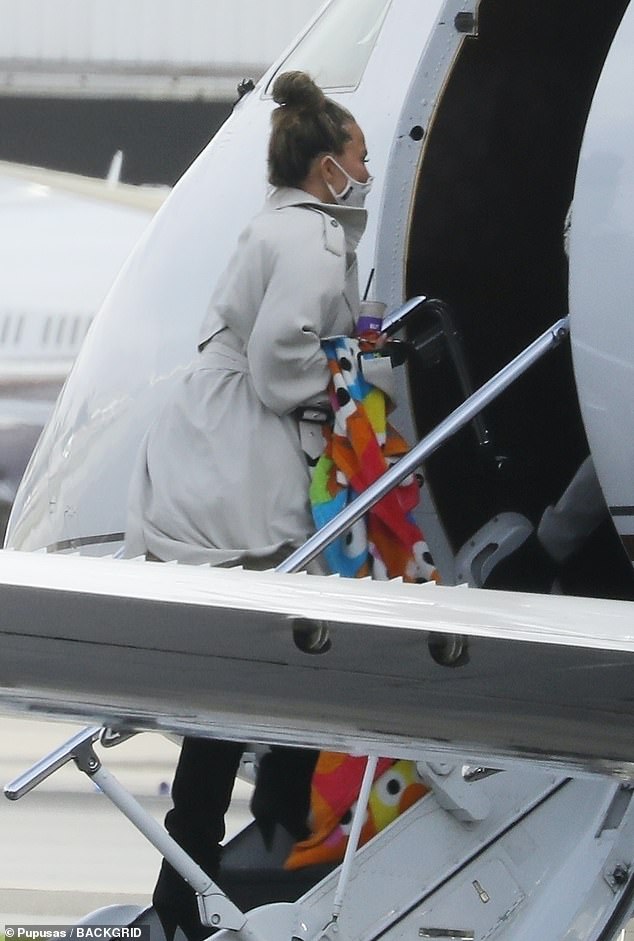 Traveling with tots: The mom-of-three carried a Sesame Street blanket as she boarded the plane 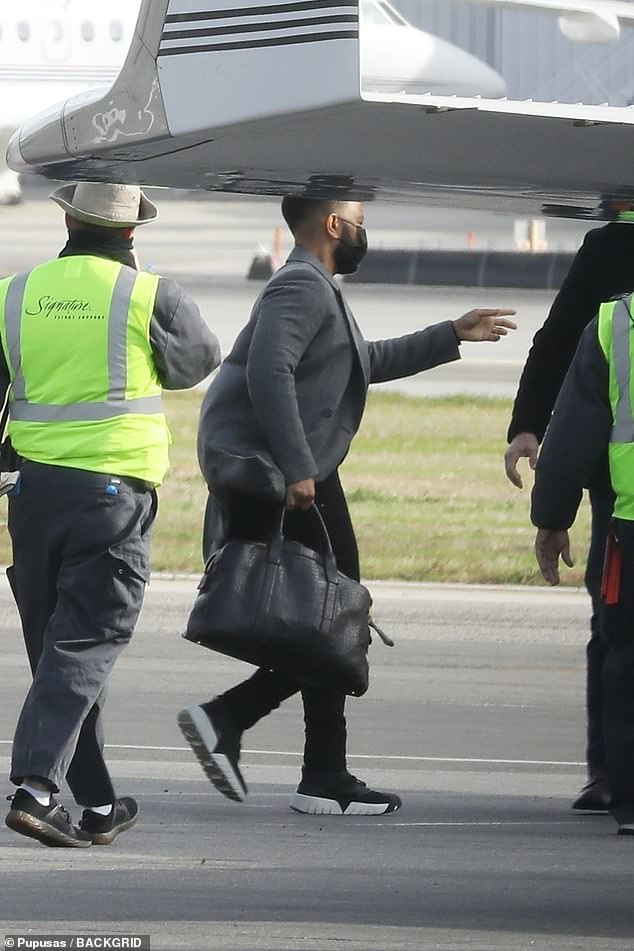 Chrissy tweeted a photo of a horse named Cosmo and wrote: ‘My therapist says I need something that I do for just me, as I have absolutely nothing currently lol. Today begins my journey into the horse world. I hope this dude likes me. He’s so handsome and appears lazy, I love.’

But the 35-year-old beauty encountered a problem before she’d got anywhere near the animal, struggling to zip up her new knee-length riding boots.

She tweeted: ‘Holy s***. horse people: the boots! i always thought breaking in boots meant the foot part but does it mean the calf part because I’m dying over here.(sic)’

She then followed it with a clip showing her on all fours as she tried to stretch out the leather, branding the boots ‘brutal’. 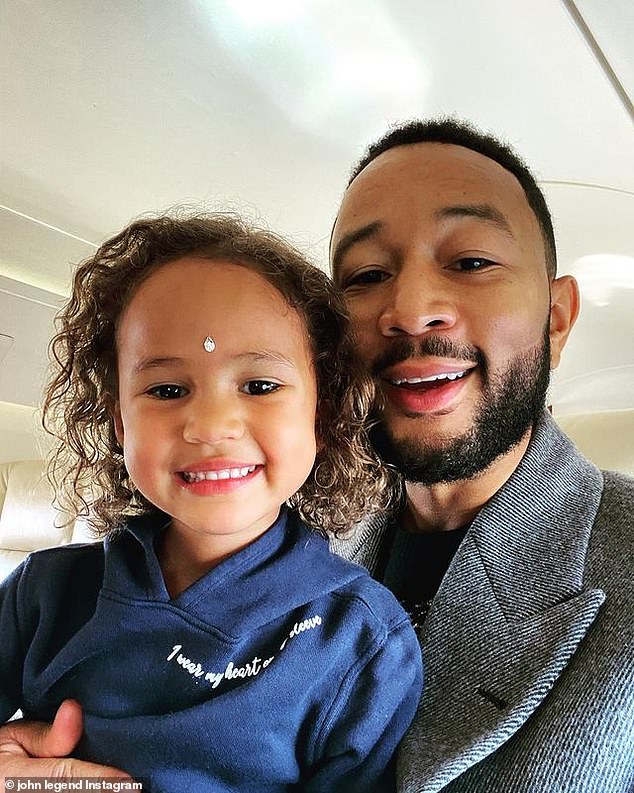 Ready for take off: The doting dad shared a selfie with daughter Luna when they boarded the plane 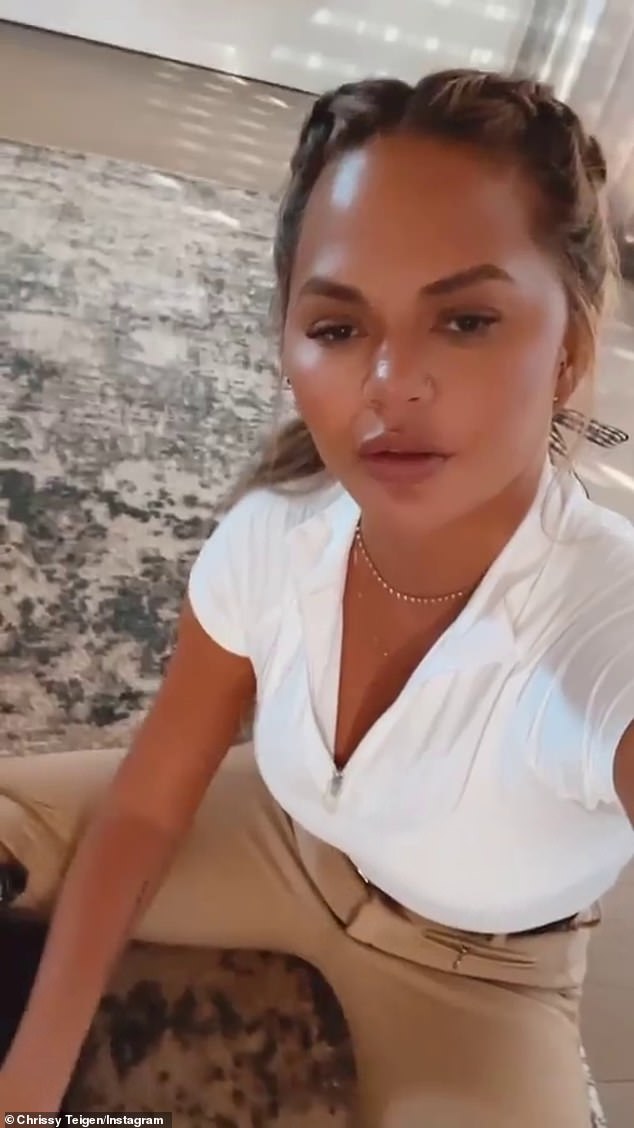 New hobby: Meanwhile, Chrissy has taken up horse riding at her therapist’s suggestion 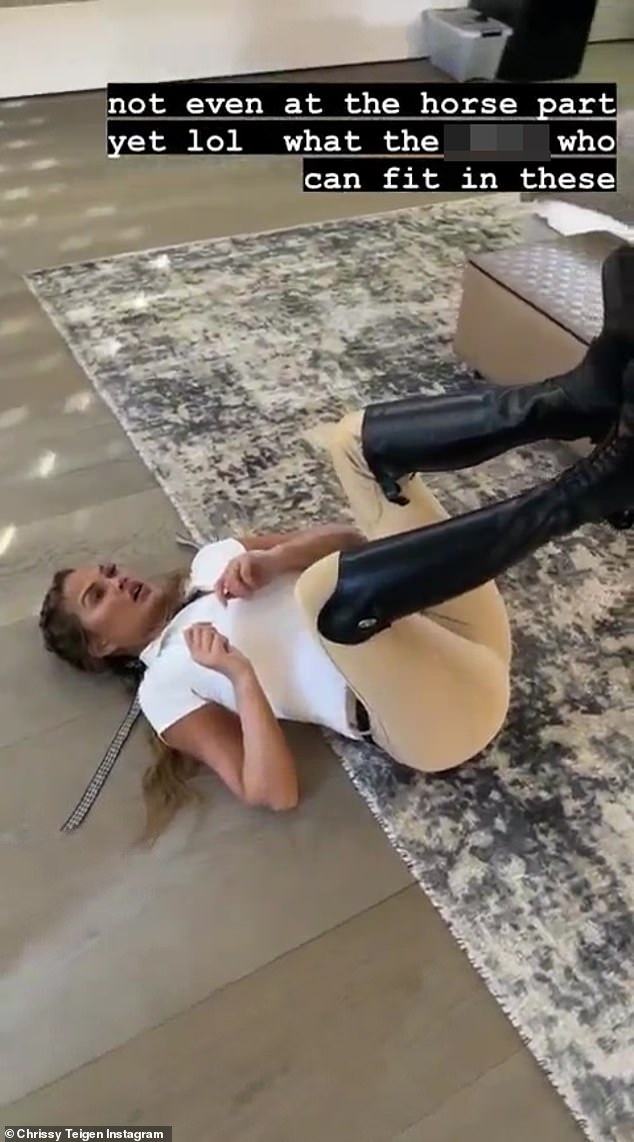 Looking the part: But the 35-year-old beauty encountered a problem before she’d got anywhere near the animal, struggling to zip up her new knee-length riding boots

She wrote: ‘Not even at the horse part yet lol. What the f*** who can fit in these.’

Next she shared a video of her mom, Vilailuck Teigen, using a massage machine to soften the leather, and promised to try some of the other suggestions made by her followers, including warming them with a hairdryer or buying a shorter boot.

Gigi Hadid was among those to offer tips.

She suggested: ‘Oil them (lots of it) then roll the calf up inward like a cinnamon roll, tie a shoelace around it and leave overnight.(sic)’

And it wasn’t just the boots causing Chrissy problems because the Sports Illustrated model also shared a photo of herself with Luna, who was unimpressed to be wearing jeans with her pink cowboy boots.

She later shared videos on her Instagram Stories of all her family at the stables. 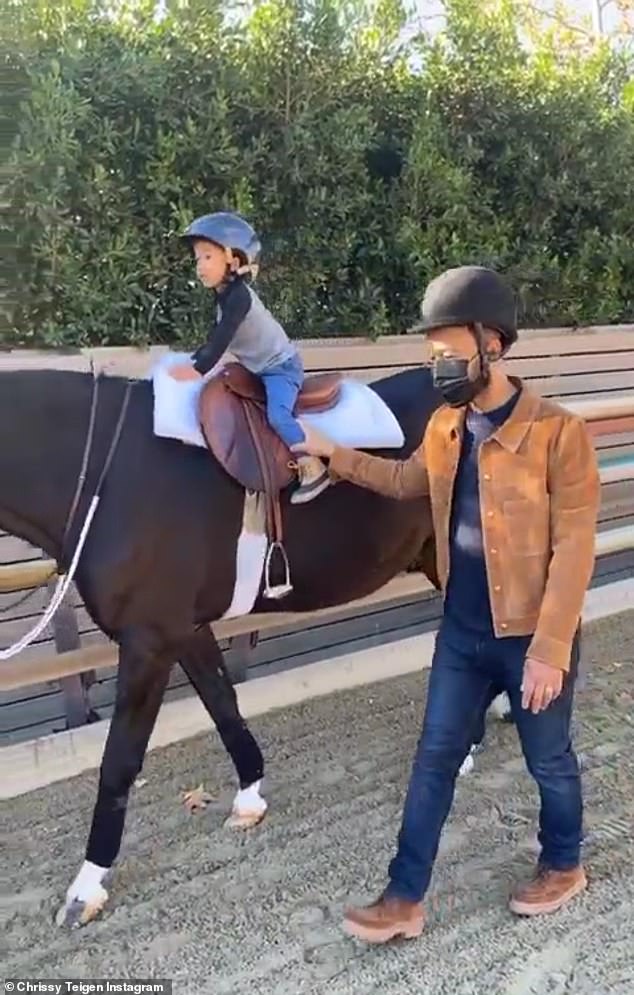 All together: She later shared videos on her Instagram Stories of all her family at the stables